Grain-Free Tortillas?  Really?  This caught my eye since my innards still refuse to process most starches/carbs.  Guess what these yummy looking tortillas are made from?  Yucca and Plantain.

So you are probably thinking….”Uh, yeah….perfect….I’m sure I have that on my pantry somewhere….NOT!  What in the world is Yucca and Plantain?”

Yucca is also called “Soapweed” or “Spanish Bayonet” with it’s 45 different species growing in deserts throughout the world (mostly in North and Central America).  Almost all parts of the yucca is edible, mainly the root and blooms are what is considered tasty. 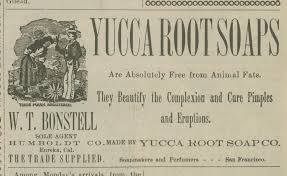 Yucca is sold in many grocery stores but is not very popular.  Often it is skinned and pre-cut, and in the ethnic aisle. 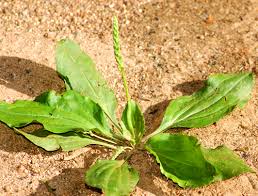 Okay…so what is Plantain?  Actually it’s a weed.  But it’s a very tasty nutritious weed!  We actually have it growing out in our back yard, plus it can be found growing wild in most of North America, Europe and even parts of Asia.  We normally use it medicinally (if you chew it and smear on a bee sting it immediately brings down the swelling and helps with the pain!).  The entire plant is edible and can be eaten raw or cooked.

BUT, I recently did some research and realized that the plantain that is called for in this recipe is actually a fruit!  I had never heard of it before.  I would actually be quite curious to hear from my readers to know whether you have every heard of it or tried it.

Plantain fruit looks a lot like a banana — it’s part of the banana family.   Plantain are more starchy with less sugar than “dessert bananas” and are normally cooked before being eaten.  In tropical regions plantain is a staple, eaten much the same way we would treat potatoes.   This makes a lot more sense to make a tortilla out of the fruit than the weed.  (Although plantain weed is totally edible, yet quite unrelated to Plantain fruit!)  🙂

You may have seen plantain chips before.  These are made out of the fruit.

For a tasty recipe for healthy plantain chips click here!